End-to-End Object Detection with Transfomers proposes a new model called DEtection TRansformer (DETR) which is an End-to-End model for object detection that performs competitively well against SOTA models in benchmarks. The cool thing about this paper is how simple the architecture of the model is. In order to get the bounding boxes, previous models tend to split the problem up into multiple stages: 1) getting a large number of proposals 2) classifying the proposals 3) post processing to clean up overlapping proposals. DETR aims to simplify that by proposing an end-to-end model. There are a few interesting ideas that caught my eye so I shall share those here.

The model predicts a set of N predictions, regardless of the number of objects in the image. Each prediction is a tuple of (class, bounding box). The class can be one of the classes to be detected or the null object ∅. The bounding box is made up for the usual attributes: x, y, width, height. During training, the ground truth data is made of the objects in the image padding with ∅. 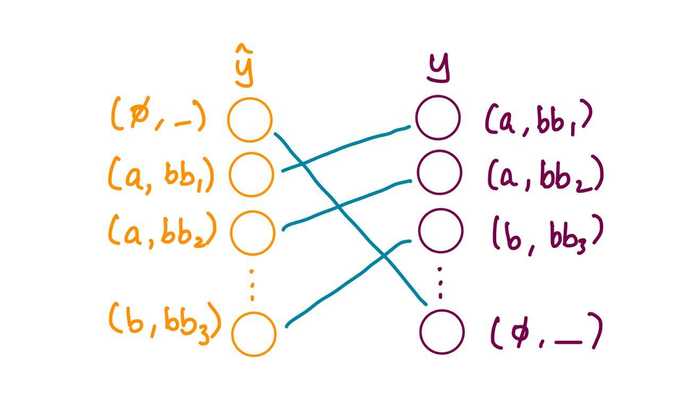 This matching portion plays the same role as heuristic rules used to match proposal or anchors to past ground truth objects in past object detection models. The solution for the above problem is found using the Hungarain Algorithm. As can be seen from the above image, the name for the loss function comes from the Bipartite Graph that is seen in graph theory.

As for the actual loss function, its a straightforward negative log-likelihood with a bounding box loss.

The architecture itself is relatively straightforward with a CNN stacked on a Transformer. The interesting portion is the input embeddings to the decoder. 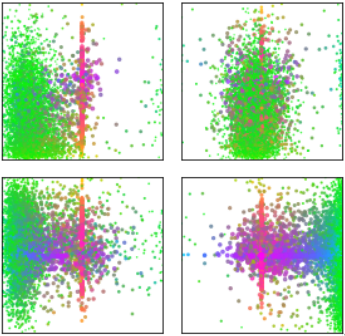 My thoughts: It is likely that this combination of specialization and global reasoning work well together in finding features useful for object detection. As features are found, these are communicated to the entire model which can then use the attention layer to respond accordingly.

It is a paper with some interesting solutions to make an end-to-end system workable. It is also good to see transformers being competitive in image tasks and would be interesting to see if they can be used in more tasks. For more reading, visit their blog or their code which is available on their github. As always, all feedback and discussions welcomed @vivekkalyansk.